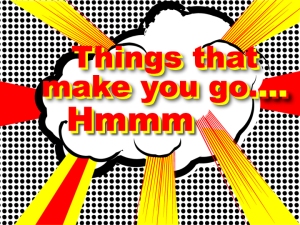 I haven’t discussed languages recently, so I thought today would be a good day to revisit language differences. Learning a new language is fun and exciting..!! But, it can also be challenging and confusing..!! For starters, there are all those new words to learn. Then, there are all the cultural nuances. How people speak in real life is never like a language textbook. For example, most Mexicans do not use the complete por favor for please in casual company. They use the term porfa. They also don’t always say si for yes. In casual conversation, Mexicans use the terms simon and sip; similar to Americans usage of yep and yup for yes.

Then of course, there is the issue of speaking another language. It has been documented that if a person speaks two languages, it will be easier for them to learn another. In my case, I speak Croatian and English. While sometimes, I found that to be true while learning Spanish. Othertimes, I felt it would have been less confusing if I spoke less languages. Or maybe just less embarrassing 🙂

It is amazing how many words there are in languages that are very similar and have the same meaning. For example, the word mother. Variations of that word include ma, mama, mami, madre and mère in English, Croatian, Spanish and French. Even chocolate has similar connotations – chocolate, chocolate, čokolada and chocolat. But of course, we are not here to discuss the words that are safe. We are here to discuss those words that could get you in trouble or at least make your friends laugh at you for long periods of time 🙂

My first example is the Croatian word for home – kuća. Now if you say this word really fast on the phone at the airport while talking to your father, it is possible your Mexican boyfriend will hear you say cuchi..!! This is not good because in Mexico, cuchi cuchi refers to having sex or making love. This little word will cause your boyfriend to look at you cross eyed and wonder what sort of dysfunctional family raised you.

Another word to be wary of is the Croatian word for small – malo/mala. Of course in Mexican, malo/malo refers to bad. You can see how referring to small things as bad or bad things as small can get you into a lot of trouble. This is further compounded in the Yucatan by the fact that the word malo in Mayan means good..!! I mean seriously..?! How confusing can this get..?! 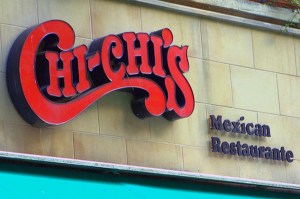 Now some of you may remember the Mexican restaurant Chi-Chi’s. It was pretty popular in the States during the 1980s and 1990s. The restaurant celebrated Mexican food and life..!! For most of us gringos the word didn’t mean anything. In fact, for the longest time I thought the word was made up. But in the Mexican language, the word actually means boobies..!! Who knew..?! Thousands of suburbanites for years going to eat at Boobies restuarant. I guess, in some regards, this is similar to eating at Hooters. But at least we knew what Hooters meant..!! A little bit of knowledge is a powerful tool.

When I first started learning Spanish – very early beginning stages – I would practice my Spanish everywhere. This practice included facebook posts in Spanish. One day, I posted – yo tengo una pregunta. This translates to – I have a question. Unwittingly, I brought a deluge of responses from my non-Spanish speaking friends who thought I had just posted that I was pregnant. I guess pregunta and pregnant seemed similar to them. By the way the actual post, if I was pregnant would have read – estoy embarazada.

My final example is the word molest. In English, molest means a sexual assualt or abuse. However, in Mexico, the word or verb in this case, molestar, is commonly used as to bother. So you can imagine my linguistic surprise when one of my male friends called me fairly late at night and said – Lo siento, no fue mi intención molestarte tan tarde. I’m thinking “ah yeah, I hope you feel that way all the time”. But of course he was only referring to waking me up so late not in the sexual context used in the States.

So remember, the next time someone calls you using the words malo, chi chis, cuchi, pregunta and molestar – you need to take the person and the country in context. They could be asking you a question about not wanting to bother you at your small house for dinner and that Chi-Chi’s restuarant would be a better option..!! Or they could be telling you that your bad (dirty) boobies make them want to have sex with you and make some babies..!! It’s important to know the difference before you answer yes or no. Unless of course your answer would be the same regardless….jajaja 🙂

9 thoughts on “things that make you go hmmm…”