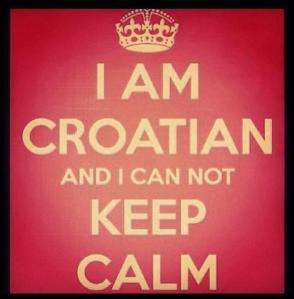 In one of my earlier posts, I described the Mexican concept of mañana. In this concept, life is too short to be lived on tight schedules and should be enjoyed. Rigid schedules are only for buses and airplanes. Since this was Memorial weekend here in the states, I decided to embrace the concept of mañana again..!! I had several friends visiting and I wanted to enjoy the weekend to the fullest.

But this weekend, I was also thinking about the Mexican phrases calmate and tranquilo – calm yourself and tranquil. The weekend was such a hectic blur of people, traffic, cars and crazy energy..!! So many people looked stressed out and were pissed off at the traffic. And I was surprised at how calm I was watching everything unfold.

One of the people I was driving with kept yelling at the other drivers which kept ruining our conversation and the scenic drive. Now I am sure that several of my friends in Mexico would laugh hysterically if I ever described myself as calm. I am an American city girl by birth and Croatian by design, so I am naturally hardwired to be a little intense. Hence the reason, I heard the phrases “calmate Rosa” and “tranquilo Rosa, tranquilo” all the time while I was living in Mexico 🙂 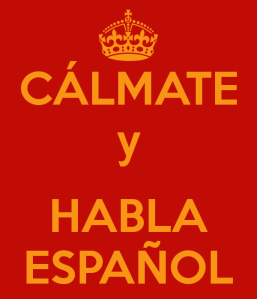 But I have noticed since my return to Chicago that I am calmer than most other people I run into. And I have to say – I really like that..! It allows me inner peace regardless of what is going on around me. It reminds me I cannot control the actions of those around me or the world I live in. It also keeps me from constantly bobbing from one emotion to another emotion – reactionary emotional hedonism as I like to call it. All of this then gives me the freedom to enjoy the moment I am in regardless of the drama going on around me.

So apparently, it is possible for me to be calm or at least calmer..! And while there is no longer anyone who says “calmate Rosa” to me here in Chicago. I have started to listen to my inner voice which strangely enough speaks to me in Spanish… 🙂