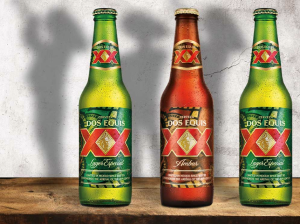 Feliz lunes.!! Happy Monday.!! I hope everyone’s weekend was super enjoyable 🙂 Mine was a little intense. I helped a friend move which took up a whole day and left me with a lot of bruises.! But I got a meal out of it plus it was for a good friend.! This weekend was also my parent’s 50th wedding anniversary, so I kept my dad company because I know it’s a difficult time for him. There were other minor diversions, but mostly I kept out of trouble.

During the move, I also managed to work out muscles I haven’t used in awhile. Which reminded me that during my regular workouts, I’ve been neglecting certain parts of my body (like my arms.!). Fortunately, I’ve gotten better about working out as I’ve gotten older. But I still prefer walking, swimming, dancing, or moving someone’s furniture to actual working out. In fact I used to say, “I would rather chase a wooly mammoth than workout”. Strangely enough, in this week’s Dos Equis’ commercial, the Most Interesting Man in the World has the same take on the gym as I do.!! Enjoy.!! Y salud.!!