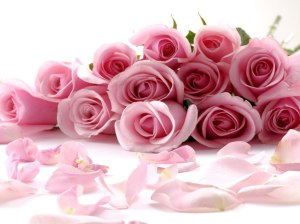 “A rose by any other name would smell as sweet” is an oft quoted line in William Shakespeare’s play Romeo and Juliet. In that scene, Juliet argues that the names of things do not matter, only what things “are”. And I would have to agree with her as a person who has a variety of nicknames. It’s not even that I have the same nickname among varied people. I actually have multiple nicknames among many people.! And I am still who I am even if you call me Rose, Rosita, Rosalinda or Rosalina 🙂

Every nickname reminds me of a time, a place or person. Some even remind me of Mexico. The other day I was driving home from work and in front of me was a car with a vanity plate. I love vanity plates as I usually take them to be signs from the universe. Except for the vanity plate SPINSTER I saw frequently in my old neighborhood before I moved to Mexico. That was just cruel and probably the real reason I moved to Mexico was to get away from that pinche plate.!! jajaja…

But I digress…. The license plate in front of me the other day had XOCHITL on it. Xochitl means flower in the Aztec language of Nahuatl.!! How cool is that.!?! In downtown Chicago even.! When I lived in playa, I met several women with the name Xochitl. I think it’s a really unusual and beautiful name. It’s pronounced ‘Soh cheel’ or ‘Soh cheet’ depending on whom you ask.

The reason this name resonates with me is because there is no way to say Rose (name) or rose (flower) in Aztec Nahuatl. Roses, flowers and apparently girls with that name, were not native to Mexico and so the original inhabitants of that land did not need a word for Rose/rose. Therefore, Xochitl embodies every flower name including mine.! 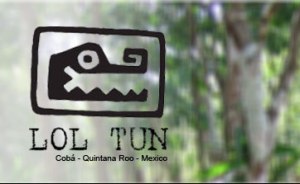 The Mayans in the Yucatan also did not have a word for Rose/rose for the very same reason. In Yucatecan Mayan, flower is translated as lol.! Yes, lol.! Isn’t that fantastic.!! A Mayan guy who was flirting with me one day at a bar decided he was going to call me lol.! Seriously, I’m not making this up… My friend K. liked it so much, she called me lol for almost a whole year.! So for example, if you find yourself in the Riviera Maya and you go to visit Lol-Tun cave, you are visiting Flower Stone cave.

Even in Spanish, my name is interesting and so a whole other nickname was born. Rose/rose translates to Rosa/rosa. But Rosa/rosa is also used to express the color pink.! Or the rockstar.! My ex-novio used to call me Rosa even though most of my other Mexican friends just called me Rose.!! They thought it was hilarious that he called me ‘pink’.! I just thought it was cute. And yet even with all of these monikers, epithets, pet names and terms of endearments, I am still me. And just like Juliet said, I smell pretty good too.!!