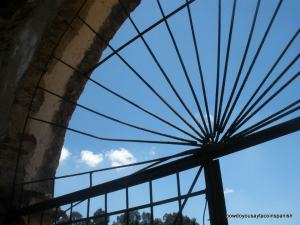 As you all know, I started drinking coffee when I was fairly young. And while my mother did doctor it up a bit, I was still drinking coffee. But it didn’t stop there, I also drank quite a lot of coca cola in my youth. Eventually, I migrated over to diet coke. The logical part of my brain knows I should really stop drinking carbonated sodas. But the illogical part of my brain just won’t let go. So imagine my surprise when I discovered that in Chiapas, coca cola is considered a magic cure-all..?! 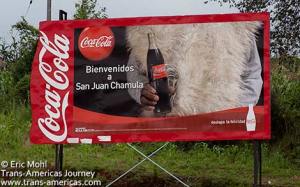 It first came to my attention when we were visiting Nuevo Yibeljoj. During the meeting, the residents conducted a small ceremony. There was chanting, candles and everyone drank a small glass of coca cola.! It was then that I learned, the Tzotzil Mayans believe coca cola has spiritual powers.! Boy, I wish I had known this information before so I could have used it on everyone and anyone who insisted I stop drinking diet coke.! But I digress…. 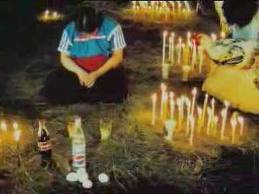 Tzotzil Mayans believe that drinking coca cola promotes burping. And burping is good because it expells evil spirits. Prior to the introduction of carbonated beverages, the Mayans had to drink two to three times the amount of water to achieve the same cathartic benefits. Hence, the reason coca cola is considered a magical anodyne – you don’t need to drink as much. And nowhere is this ritual more evident than in San Juan Chamula. 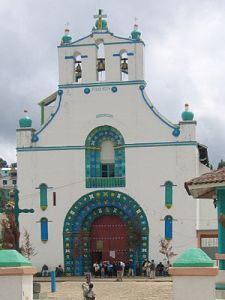 San Juan Chamula is located in the Chiapas highlands and it is inhabited by the Tzotzil Maya. While there are several Tzotzil Maya communities in Chiapas, the Tzotzil Maya of Chamula stand out because they are fiercely independent. The town has it’s own police force as no outside police or military force are allowed inside the town. This independence may be attributed to the fact that Chamula serves as the center for religious and commercial activity among all Tzotzil Mayans. The church in San Juan Chamula is the main base for this religious activity. And this religious activity is interesting to say the least.! 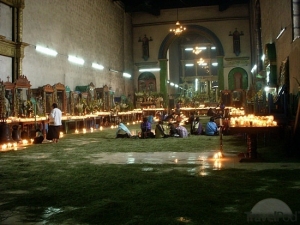 The Tzotzil Maya have their own unique form of Catholicism. It is a blend of Spanish Catholicism and pre-conquest Mayan traditions. The first thing I noticed when I entered the church in Chamula is that there are no pews. Worshippers sit or kneel on the floor where they light candles and stick them to the floor with the wax. They also chant and drink cups of coca cola and posh, an alcoholic beverage made from sugar cane. There is no altar inside the church either. However, along the inside walls of the church are dressed-up wooden statues of saints. Most are enclosed in boxes and wear mirrors to ward off evil. 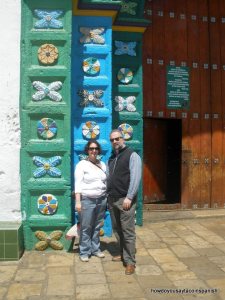 outside san juan chamula church with my professor

The other unusual thing I noticed was the strong smell. It is a mixture of burning copal resin incense and the pine boughs which cover most of the floor along with the empty coca cola bottles. Besides praying, healing rituals are also performed inside the church. Medicine men or curanderos diagnose maladies including medical, psychological and ‘evil-eye’ afflictions. Remedies include flower petals, feathers, eggs, bones and sometimes live chickens are sacrificed in the church. Thankfully, there were no chicken sacrifices when we visited.

I also took very few photos, as the Tzotzil Maya of Chamula are not very keen to have their photographs taken. Also, taking pictures was prohibited inside the church. I wish I had been able to take more photos because the Tzotzil Maya stood out even in terms of their traditional dress. The men wore black or white wool tunics or chujes that are belted around the waist. While the women wore embroidered blouses or huipils made of cotton or satin, shawls and long black linen skirts. The women’s skirts were amazing.! I had never seen anything like it.! I kept wanting to reach out and pet them, but of course, I refrained. 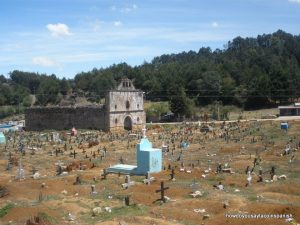 We also visited the town cemetary and the ruins of the old church of San Sebastian. Even though the church is no longer in use, the residents of Chamula are still buried in the cemetary. Black crosses designate the elderly, white crosses are used for children and blue crosses are relegated for everyone else. It was a very haunting place because of the church ruins but also a very peaceful one. 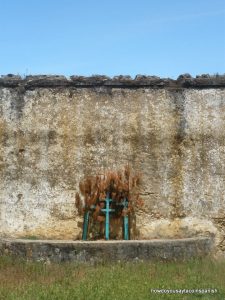 Before we left San Juan Chamula, we also stopped at the zócalo. The zócalo is the main square or plaza in town. Lucky for us, there was an artisan’s street market going on in the plaza when we visited. The Mayans of Chamula are known for their amazing handmade and embroidered blouses, bags, blankets and scarves, among other items. You can also find Zapatista related items which I will discuss next week (spoiler alert!). They also bring their handiwork to the markets in San Cristobal. I walked away with a magnificent blanket and I bought some as souvenirs for my family.! 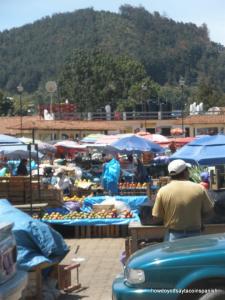 I have to say it was an amazing visit.! The church, the cemetary, the plaza and the coca cola.! Just when you think you have seen everything and heard everything along comes a new concept to make you go “wow!”. Coca cola as a magical elixir is one of those ideas that makes you take notice.! It also makes you stop to think about the religious rituals that are involved in your own daily existence and how those might be viewed by outsiders. I also wonder if the Coca Cola Company ever anticipated that their beverage would become part of a spiritual ritual.! But what I do know is the next time I pop open a diet coke, I will relish all of it’s spiritual powers 🙂